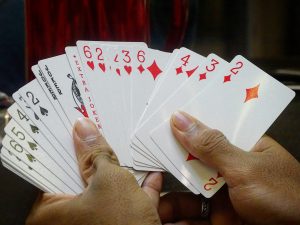 There is a famous casino in Atlantic City: Trump Plaza Casino. This was founded by the incumbent President Donald Trump and is to be demolished. Actually, the demolition should have been carried out a long time ago, but this is now being delayed. Nobody knows how long the building will stand.

The casino opened in 1984 and has been making headlines since 1995. The number of players has decreased since 1990, so that financial difficulties existed as early as 1995. The next losses had to be accepted in 2009, so that bankruptcy finally had to be declared in 2014. The building has been empty since this year and is slowly falling into disrepair. A new buyer who should continue to operate the casino was unfortunately not found.

Only in 2016 the building was purchased by Icahn . But even this billionaire didn’t bring the casino back to life. After the building was falling into disrepair and parts of the building were falling down, the incumbent mayor decided in March of this year to take action against it. According to this , the building represents a danger to life and limb , which is why the building should be demolished as soon as possible. But to this day this has not happened.

Why the demolition is delayed

The fact that the demolition has not yet been carried out is most likely due to the owner. Actually, this would have to commission a company with the demolition. Icahn originally promised to have the building demolished as soon as possible. Now he made the statement that the building is expected to be removed in 2021 . Perhaps the delay could also be because the billionaire is demanding a tax break from the state if he has the demolition done.

So at the moment it seems that the building will be standing for a longer period of time. The problem with that continues to be the fact that pieces are still crumbling and falling onto the sidewalk . If passers-by pass by at this very moment, they could be hit. Sometimes even police officers are used to warn of the falling parts.

Another casino affected by Donald Trump

Trump Plaza Casino wasn’t the only casino Donald Trump created. The Trump Taj Mahal Casino is located in Atlantic City and has not been operated as a casino since 2016. This casino was built in 1990 and was called the eighth wonder of the world by Trump at the time.

Unfortunately, the operation of this casino was unsuccessful. While this building was owned by Donald Trump , four bankruptcy filings were filed. Parallels to the Trump Plaza Casino can be clearly identified.

In 2009, Trump retired from casino operations and sold the Taj Mahal Casino. At that time the casino was sold to Trump Entertainment – it was a venture capitalist group. But even this failed to keep the casino alive. The last attempt was made here by the billionaire Icahn, who put more than 350 million dollars into the casino – unfortunately only with moderate success. In 2016 the staff took part in a strike and shortly afterwards the casino was completely closed. Shortly before the new poker room was opened in the hope of saving the financial situation with it. However, after no agreement could be reached between the staff and management, there was nothing left but to close.